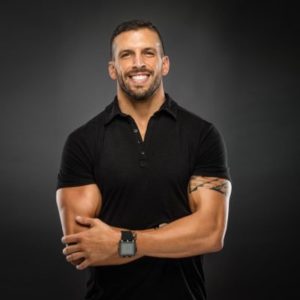 Drew Manning is the NY Times Best Selling Author of the book, Fit2Fat2Fit and is best known for his Fit2Fat2Fit.com experiment that went viral online. He’s been featured on shows like Dr. Oz, Good Morning America, The View and many more. His experiment has since become a hit TV show, called Fit to Fat to Fit, airing on A&E and Lifetime. Drew Manning also has a very successful podcast called The Fit2Fat2Fit Experience and has recently reached over 1 Million downloads. Since his self-experiment went viral, Drew Manning has helped thousands of people learn to live a healthy lifestyle and completely transform their lives.

Just for you, a listener of the CHARGE Podcast we are offering our 7 Days of CHARGE program for FREE! Just head over to http://positiveculturewins.biz/ to get started today!

For more great episodes of the CHARGE Podcast head over to ChargePodcast.com

The Divorce Rate Is Higher For Business Owners: Here Is What To Do About It

Ep: 232 Accomplishing Goals For The Next Quarter